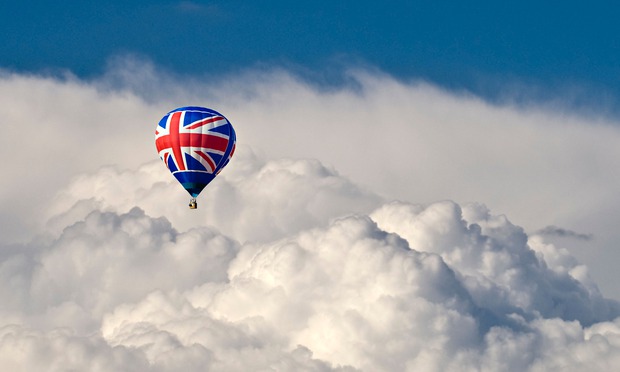 A two-speed Europe to avoid Brexit Britain’s election result seems destined to revolutionise Europe. The outcome will change both the EU agenda and our continent for the foreseeable future. It will be a difficult path, filled with risks, which will need to be navigated carefully and clear-sightedly. But the prize, if we get there, is that we lay the foundations of a new Europe; a union which is just, useful and better able to respond to complex ínternational challenges, while protecting national interests including that of the UK.

To avoid Brexit, this new Europe must, I believe, be a two-speed Europe. Following the UK vote, the Brexit referendum is a concrete reality. UK citizens will soon face an unequivocal choice: in or out of Europe? Brussels cannot stand idly by. On the contrary, it can and must grasp the opportunity to change gear and its aspirations. Paradoxically, the referendum could furnish EU institutions with exactly what it requires to transform the mortal threat of an UK exit into an opportunity for a real European rebirth.
Certainly, if the UK does decide to abandon the EU, our history will change irrevocably. And the impact will be negative both for the union as a whole, and for the UK. Europe risks losing a vital partner who is both effective and influential ín so many important international spheres; from the single market to foreign and defence policy, to name two of the most important. After the long and damaging economic and financial crisis of recent years, the possibility of Brexit would be judged by analysts and investors as the beginning of the death throes of the European project; the dress rehearsal for an imminent and spectacular political failure. We are dealing, after all, with the defection of one of the best-performing countries in a Europe, which, on the whole, is struggling to emerge from recession. It`s impossible to imagine a more competitive Europe without one of its most dynamic and economically advanced members.

Furthermore, the effect of the referendum will not be limited to the actual vote itself, but will condition the entire consultation process. It will be like having the sword of Damocles dangling over us until referendum day, balefully affecting the entire pre-vote debate. This will happen precisely at a time when effective action by the European Central Bank under the guidane of Mario Draghi offers the EU a historic opportunity for economic recovery. For this reason, Europe cannot afford further inconclusíve negotiations or yet more delay in making key decisions. The risk of a new political and institutional crisis is even greater than an economic one following a UK exit. Brexit could inflict chaos, systemic instability in global markets, and political and cultural damage. The consequences would be deeply unpleasant for everybody, largely because the west is already weakened both by its crisis and by the dynamism of emerging economies.
It`s true that UK citizens, in the legitimate exercise of their sovereignty, will decide íf they want to remain in or leave. It`s also true, however, that their decision will alter the destinies of many in Europe and beyond. It is therefore legitimate that European leaders employ all their diplomatic resources and political ideals to avoid Brexit. Negotiations between London and Brussels will begin shortly. But, rather than concentrate on individual and limited areas for discussion, it would be more useful in my opinion, to propose a radical change of aims. This is the moment to gamble on a more ambitious set of options. As the American journalist Ben Smith said of Barack Obama, “when in trouble, go big”. For Europe too, now is the time to aim for the skies.


My proposal is to immediately go for a two-speed Europe. In the slow track, the current union of 28 member states, with no plans for further integratìon, including the UK as a full and willing member. In the fast track, we would have the 19 countries which currently comprise the eurozone. This group must accelerate along the road to integration, and indeed, widen it to include other policy spheres. The perfect storm which has in recent years battered the euro and the extraordinary difficulties the EU has encountered in trying to regain stability has taught us an important lesson. Those countries with the same currency must, in addition to monetary union, have more advanced forms of economic union to function: a common budget and a single fiscal polícy for example.
A two-speed Europe would be a win-win solution. It would provide a way out of the current political impasse and relaunch the European project. It would enable the UK to remain linked to the EU, without being chained to its federalist agenda. Britain would thus benefit from all the advantages that membership of the single market offers beyond participating in a political project which is indispensable in an increasingiy fragmented and multipolar world. It would also be advantageous for states within the eurozone who would finally be able to strengthen their currency while making their union more modern, competitive and solid.