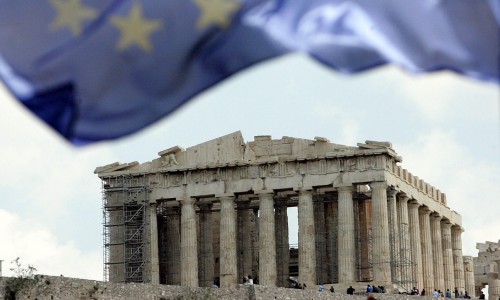 DERMOT MURNAGHAN: While there is a lot of focus on the Greek and Spanish economies in this eurozone crisis, there is growing concern of course for Italy as well. Prime Minister, Mario Monti, said yesterday that the eurozone crisis could, “swallow Italy up”. I am joined now by Enrico Letta, the Deputy Leader of the main opposition party in Italy, that’s the Democratic Party, very good of you to join us, Mr Letta. Do you share, first of all do you share Mr Monti’s fears of the dangers of contagion, of a domino effect?

ENRICO LETTA: I fear of course the fear of Mr Monti, we are supporting him and his government very much and we think his determination could be able to save Italy. The main reform, the pension reform that Mario Monti approved and parliament approved some months ago, was one of the main achievements that we reached in these months and it is very important to help Italy.

DM: But does Italy share concerns right across the southern flanks of Europe and indeed other places that austerity plans have gone too far, that they are choking off growth and ultimately to deal with the debt, to deal with the banking crisis it’s growth that’s needed most and that Germany in particular must make some efforts to foster that?

EL: Yes, growth is the main problem. The main problem is growth because without growth it will be very difficult to have [inaudible] in the deficit and in the debt and growth for us is the main problem for the last decade because we had two point growth for one decade and it is too low of course. The main problem we think is the signal from others today and the fact that we hope of course that the two pro-European parties, New Democracy and Pasok, will be able to form a government but I am sure the problem in Brussels and in Berlin is the necessity to give them a very clear message – we don’t want Greece out of the euro, we want Greece inside the euro because it is a problem of general credibility of Europe and euro. Can you imagine the dollar exploding because Wisconsin is doing default? It’s impossible. This is the same place for Greece, the weight of Greece, the influence of Greece economically in Europe is exactly like Wisconsin or North Dakota in the US so it is very, very important.

DM: Well if you draw the analogy with the dollar let’s move on to that, that’s a single state, yes, a federal state but it has a federal bank, it has national institutions that control the purse strings, that control the political future. Is that the way that Europe has to move eventually?

EL: Yes, it is. I think it is definitely because if not it would be impossible to manage the single currency without any other troubles and that means of course more fiscal integration, that means of course more institutional capability to decide, to implement and of course also to delivery. I think this is the main problem, the European problem, the euro problem is a political one, it is not an economic and financial one and this is why we are some fears but we also very determined to have in European Council some steps towards a more integrated Europe is necessary. If not, Europe will collapse.

DM: Well it’s interesting what you are saying about that increasing federalisation, of course that is something that Germany is well used to, many other countries in Europe but given that Germany in particular is in the sights, is in focus because of its economic power, they require more fiscal, more political integration to perhaps help countries like Greece and your own. Do you think that is the single argument that will convince Angela Merkel to change her views, in particular about Greece?

EL: I think the main argument is the future and the strength of the euro and the European Union is in their own interests too. Germany alone, Germany without euro, without a large euro and without European Union will not be able to be the strongest country as Germany is today. You know the future of power countries is in a European Union more integrated, if not the BRICs will overcome all of us and it will be impossible even for Germany to stay at the first stage in the world. This is the main point, Germany is the main country to profit from this decade with the euro, so they profited very much from the euro and they know that without euro, without a large euro, without Europe for them too it will be very difficult to manage this very difficult globalised world with the BRICs and with the rest.

DM: That is an argument of course that they are well used to hearing here in Berlin and up to this point are still rejecting, do you feel then that in terms of the political pressure that is being put upon them there is a possibility of forming a new axis between Italy and others and France, Francois Hollande of course has taken a different tack from Nicholas Sarkozy and they are very worried here in Berlin, particularly after M. Hollande’s visit to Rome last week, that that is what is happening, that France might be peeling away from that Franco-German axis.

EL: I think there is a good entente today between Italy and France, Monti and Hollande and our party, the Democratic party which is today is the main party in Italy and the main supporter of Mario Monti, we share very much with Francois Hollande the idea of growth for Europe but I would say that the future of Europe will be a positive one without exclusive axis. The main problem in the last years came from the damages created by the Franco-German axis and these damages were very relevant and I think we need a more integrated and more inclusive activities. This is why I would like to raise your attention on the very important day of the 22nd of June because in Rome Mario Monti will be hosting a summit with Hollande, with Rajoy and with Merkel. I think this group, the four main economies in the euro area, it will be the first time that they will meet to try to find solutions before European Council. It will be a very important step and I prefer this kind of meeting than axis or any other exclusive activities.

DM: Okay, keep it in the open air. Enrico Letta, thank you very much indeed there, live from Rome.